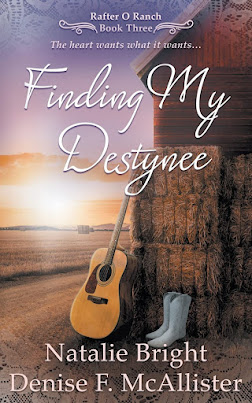 Destynee Olsen has always done what her mother asked, but the road to stardom could mean leaving behind a piece of her heart.

Travis Olsen tries desperately to honor his vow to support his wife. Watching their son grow up without a mother is asking too much and his resentment builds. A marriage alone and single parenting is not what he signed up for.

The line has been drawn between a woman who has been told that her destiny to be a star is more important than she is and a cowboy who refuses to destroy his wife’s dream. Destynee and Travis have to decide what’s important. Can they discover the life they were meant to have at the risk of denying their own hearts?

“The dialog brings the story to life, and the stage scenes are intriguing and vivid as Destynee decides just how much fame is worth, and the cost to her heart and family.”

“…an emotional read about a young couple, each trying to survive their marriage. The storyline brings heartache, forgiveness, and reconciliation as God works to bring peace and contentment back to their marriage.”

“Another great read with excellent characters.”

“My Country Music Connection to Finding My Destynee”

Country music plays a part in FINDING MY DESTYNEE, as the main character struggles with the desires of her heart to be a wife and mother or leaving them behind to build a musical career. The song by Dan Seals, “All That Glitters (Is Not Gold)” became the main source of inspiration for her character. The words are heart-wrenching as he sings about raising a child alone. The minute I heard that song, a character began forming in my mind. What if that character had been driven her whole life to be a star but along the way had lost sight of her purpose. As a wife and now mother, her priorities changed, but how could she ever tell her mother who had sacrificed so much for her daughter’s career? And what about the husband she has to leave behind?

“It smelled like baby powder mixed with a hint of the air freshener pod next to a diaper pail. His precious face floated in her mind and if she reached out her hand, she imagined he would come toddling into her arms.” —FINDING MY DESTYNEE by Natalie Bright and Denise F. McAllister

Was Destynee living the dreams of her overbearing mother instead of her own?

The country music scene has always held a fascination for me. I am a huge country music fan. One grandfather played the fiddle. My father sang lead in a band during high school. He played on a Gibson guitar that he bought at a music store in Plainview, Texas in the 1950s. My mother used to sneak out of her house to watch him. While serving in the military stationed in Germany, Dad met and jammed with Johnny Cash’s brother Tommy, who invited him to go on the road after the military. He ultimately turned down the offer to join Tommy’s band, instead returning to the Texas farming community to work and raise a family.

Our house vibrated to the sounds of hard-core country music records. Despite his best efforts in driving me to piano lessons and trying to teach me how to play that Gibson, I have not one ounce of musical ability. Now that I look back, I wish I would have tried harder to learn. Maybe not for me as much, but for my father. It would have been fun to jam together. I think he would have liked that.

In the book FINDING MY DESTYNEE, Denise and I combined the setting of a Texas ranch with several music venues. Destynee leaves behind her cowboy husband to raise their son alone while she fulfills the obligations her mother made for appearances throughout the Texas Panhandle. Things take a bad turn when her mother hires a publicist to change her image and increase her visibility on social media.

“In the search bar, Travis typed ‘Destynee’ and the first site that popped up was Destynee dot com. She had a website. He was surprised to say the least. He barely recognized his wife. Curly hair and a mini skirt, a saucy look on her face. She set his pulse raving alright. She always had.” —FINDING MY DESTYNEE by Natalie Bright and Denise F. McAllister

Travis sinks deeper in depression as his wife’s fame grows.

To add depth and realism to the performance scenes, we picked the brain of one of our talented friends, Micki Fuhrman [mickifuhrmanmusic.com]. She’s been performing since the age of seven, and in addition to writing music, she also is the author of several award-winning short stories and novels. I’ve never stood on a stage in front of thousands of people, but Micki has, and she graciously shared her experiences with us.

FINDING MY DESTYNEE is one of my favorite stories that I’ve worked on. I am always intrigued by stories involving a search for life’s purpose and the struggles that can follow.

I hope you enjoy reading about Destynee, Travis, and Wyatt. Let us know what you think. We love hearing from our readers. 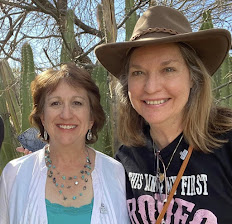 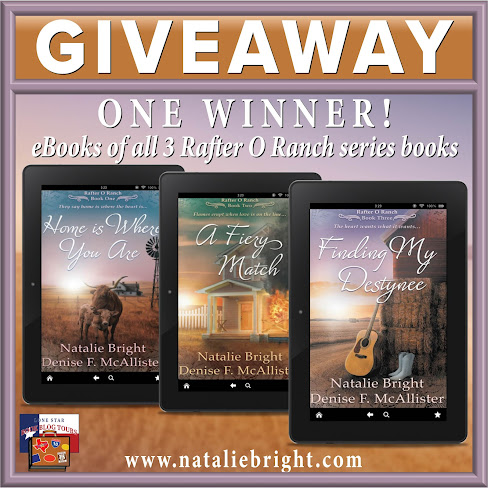 CLICK TO VISIT THE LONESTAR LITERARY LIFE TOUR PAGE
FOR DIRECT LINKS TO EACH POST ON THIS TOUR, UPDATED DAILY,
OR VISIT THE PARTICIPATING BLOGS DIRECTLY: 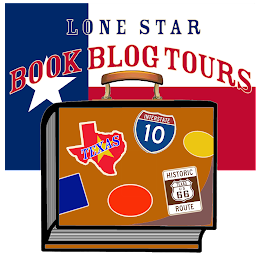